But that’s exactly what happened.

A few hours after the conference ended, at around 2am, I received a call from Singapore that my dog, Chandler, who is a small 2 1/2-year-old Maltipoo, was bitten by a 25kg large dog and was in critical condition.

Now, for you to fully comprehend how dreadful it was for me to hear this, you need to understand how much Chandler means to me. He’s pretty much like a son to me.

I was just refreshed and renewed getting out of conference and this happened. My natural reflex reaction was that my world came crashing down.

At that moment, my husband had to snap be back to my senses as my emotions were taking over me. It took a while to do so and to even get myself to speak out and not come into agreement with the current situation.

I vaguely remember the exact words I said, but I remember declaring victory over the situation and that this will be a miraculous testimony. Saying these words were not the easiest considering circumstances were against us in the natural, but I held on to what Jesus said when the centurion approached Him. Let it be done as you believed it would.

I believed the healing has already taken place.

I believed his health and body will be restored brand new.

I believed we are fighting from victory grounds against this attack by the enemy.

I believed the enemy intended to harm me, but God will use it for the good.

I believed this will be an amazing testimony to His goodness.

I believed many will witness this healing miracle and that many will believe.

My husband and I immediately packed and made our way to the airport to fly back to Singapore as soon as we could.

While in transit, I was sending voice messages and prayers of healing for them to play for Chandler.

When I finally saw him, I broke down seeing how he was. We were told he has multiple bites, is losing blood, has 3 broken ribs, muscles torn and lost, a broken shoulder, damaged eye, fractured spine, and possibly punctured lungs.

They would only be able to see the extent of the internal injuries when they open him up and undergo surgery to do repairs.

At that point, I felt I was faced with an impossible situation and had to make conscious efforts from time to time to not fear and to just remind myself that Jesus has already won the victory for me. I was stirring my faith, but in the natural, the head surgeon, Dr. Nick of Advanced Vetcare, was managing our expectations by telling us that though other patients made it through surgery, they didn’t make it through recovery.  Most usually don’t make it through the first 24 hours, he said. Hence, he would be more at peace when he sees Chandler make it through 2-3 days after surgery.

In my head, I was declaring God will come through.

They performed the surgery and it was successful. All we could do is pray and see how he would recover.

We couldn’t stay long when we visit him ’cause he had to stay inside the cage and can’t be moved, but for the brief time we would see him, we could see he was pleased to see us.

He had a catheter, tubes sticking out of him to drain out the fluids inside, a warmer to regulate his temperature, and an oxygen support to help him breathe. He didn’t have the appetite to eat on his own so they had to syringe feed him. The good news is he wasn’t rejecting the food and was swallowing it.

It pained me to see him so broken, but I was grateful with every good news the doctors and nurses told me.

Making it through the first 24 hours was a blessing in itself.

His vitals are all normal and they told us he didn’t need a warmer and the oxygen support anymore. He was also way more energetic than the day before.

He was starting to lift his head up on his own and we were told he would even attempt to bite the doctors and nurses when they would take his vitals and dress his wounds. Now, this is usually a bad habit for a dog, but with the situation he is in, this was a really good sign.

It was the first time they allowed him to be out of the cage and to be brought out into the visiting rooms. This was a really promising sign.

And it really was good because on day 3, Chandler was declared out of the woods! He is no longer in danger and no longer in a life-threatening situation. The head surgeon said he beat the odds and is such an amazing and strong little fighter.

He’s able to voluntarily eat for the first time too! This is essential because with more food intake, his protein level will normalise and will help him recover faster.

The tubes on his chest were taken out already and X-ray showed no leakage of fluids! He was also way more energetic and is starting to bark and be hyper.

He’s able to eat more when we feed him and he’s now able to sit up and stand up with support too!

We were told his spine might have been affected, hence his hind legs still being so weak. This was the day we first saw massive improvement with the movement of his legs.

All test results are normal, he is also now able to stand on his own.

The doctors are so pleased with his progress every single day.

His catheter was removed, his appetite was getting better, and his energy was going back to normal.

Since he was brought to the hospital, I would visit him every single day and just spend time with him. Though he wasn’t exactly his normal self, I knew me being there contributed a lot to his recovery. More importantly, I was able to lay hands on him and pray for him.

On the 10th day, his doctor finally declared he’s fit to go home. Given the severity of his injuries and condition, being discharged on the 10th day was beating the odds.

One thing to watch out for though was since the CT scan detected a slight fracture on his spine, we needed to monitor movement on his two hind legs. He was well enough to continue recovering at home without doctors attending to him 24/7, but he still couldn’t stand up on his own, so I was told he needed to do home physiotherapy.

He was also asked to come back to do physiotherapy every 2 days and acupuncture every week to help him recover.

When we got home, he immediately lit up. He was as happy and relieved as I was.

To be honest, seeing him at home was seeing the impossible happen right before my eyes, and it wouldn’t have happened if it weren’t for God’s promise coming to pass.

He had to have the strength to sit and stand up on his own.

He had to relearn how to walk.

And I needed to be there guiding and assisting him in peeing, pooping, and making sure he won’t injure himself.

The whole process was made even less painful with everyone’s love and support!

You can see how happy he is with all these!

His physiotherapy sessions were helping him get better sooner.

And I could see the progress every single day, not just with how well he could balance and walk, but also with his strength and energy. He seems happier!

Just 1 month after his major surgery, he was already able to go back to school. His playtime with other doggos had to be strictly supervised since his ribs are still healing and his hind legs are still not 100% recovered. Nonetheless, him being there motivated him all the more to practice his walk. And again, he’s so happy!

Not long after that, all his wounds and stitches are fully healed and his walk is almost back to normal!

Experiencing this breakthrough is definitely something to celebrate. It’s also timely that it’s his 3rd birthday!

He celebrated at his school Doggie Retreat with his furiends who dressed up for the occasion.

He was so happy and even brought home a bunch of presents!

It was the best way to celebrate, indeed. I couldn’t thank everyone enough who contributed to make this happen.

Chandler’s accident was one of the most painful journey I’ve had to go through, but God never fell short of reassuring me every single day that He’s right beside me through it all. Because of that, He gave me clarity of the good things that came out of this.

So many people prayed and held on to God.

They witnessed an amazing miracle.

MANY BELIEVED IN HIM.

As painful as it was, because of all of those, I’m actually thankful it happened. It was an honor to be able to be a part of a testimony to God’s glory and goodness!

Yet again, it just goes to show, no matter how big and impossible the situation is, God is and will always be bigger.

Fast forward today, Chandler is all better and back to normal!

It was a tough experience and I wouldn’t wish it to happen to any pawrent out there, but I’m just happy to see Chandler back to his rascal, happy, playful self and I couldn’t be more relieved.

I would like to take this opportunity to specially thank the following: 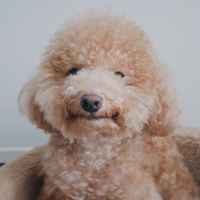 Where Should Your Pet Go When You Are On Holiday

Top pet-friendly restaurants you should try

Dogs, Featured, Stories From the CommunityOctober 20, 2020

My Close Escape from Euthanasia