A couple of months ago, we had a day off work and made plans to bring Taro to Sentosa for our very first beach outing. Being inexperienced pawrents in this area, we simply headed off to the beach anticipating a day of fun in the sand and sea without reading up much on the ‘do’s and ‘don’t’s on a doggo beach outing.

Most dogs love sand. We commonly see videos and pictures of dogs enjoying themselves at the beach, running along the coastline, jumping into the seawater, playing fetch and digging into the sand, getting their noses all sandy and wet. So much fun! But yikes, Taro’s reaction to sand was entirely different from what we expected. Perhaps it was because he is a Shiba Inu with a lot of ‘cleanliness’ tendencies (PS. he side-walks puddles and refuses to step onto grass when it is muddy) – Taro seemed to hate sand getting onto his nose and we found him licking furiously away at the sandy bits that accidentally got onto his face.

We spent a good one hour playing with Taro on the beach, but after a while, we got a bit uncomfortable as we noticed Taro swallowing sand quite frequently. It didn’t seem normal to us but we couldn’t stop Taro from swallowing the sand. Hence, we decided to play on the safe side and return home.

Back at home, Taro seemed perfectly normal until dinner time (approximately 4 hours after the beach outing). Taro loves his food and would usually gobble up his entire bowl within 3 minutes. This time, he took two bites and hid under the sofa, refusing all sorts of food, even treats. We knew something wasn’t quite right. Taro also seemed a little lethargic and wasn’t interested in playing with his toys.

Sand Impaction and what it is

We started to get very worried as a few hours passed and Taro started to look increasingly unwell, and naturally thought of whether it was caused by Taro eating too much sand. We did a google search which led us to the topic of “Sand Impaction”. To our horror, the symptoms were similar to what Taro was having – lethargy, vomitting (Taro started to vomit later in the night), and lack of appetite. Taro seemed to be having abdominal pain as well as he refused to let us touch him and whimpered loudly when we tried to carry him into his crate.

In layman’s terms, sand impaction refers to how sand obstructs the intestinal passage of your furkid and it is a potentially serious condition requiring urgent veterinary treatment. We read a few cases online of dogs needing surgery to remove the sand in their stomachs. After a few sleepless hours of reading about this condition, we rushed Taro to the vet. Thankfully, Taro pooped out some sand just outside the vet’s clinic and seemed better in the morning. The vet advised that Taro was alright as he managed to clear out the sand in his poop, which meant that there was no serious blockage in his intestinal tract, and he was off with a few diarrhoea pills to clear out the remaining sand bits in his tummy.

As relatively new pawrents, this was a valuable lesson for us and since then, we have been extra careful of Taro licking up sand – not just at beaches, but also at parks or sandy places. It was horrifying to learn that it could have been a potentially life-threatening situation if we had stayed at the beach a little longer.

While dogs can still enjoy the beach and sand, here are some tips we would like to share with the doggo community:

Finally, a tiny bit of sand ingestion during each beach outing might accumulate and potentially cause problems over time! Don’t let your guard down, play on the safe side and always keep a close watch while enjoying the sand and sea with your furkid 🙂 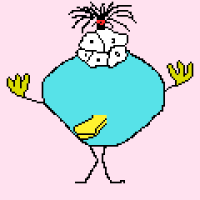 Hoomum and best friend to Taro, our little red shiba inu. Taro has been a part of our family since Nov 2019 and his barkday is on 28 June!

Taro is a social butterfly and loves making friends! He also loves all sorts of food and is training to be a pawfessional food taster and accessories pawdel. We love sharing our experiences as a pawrent and we hope you enjoy our articles! :)

Essentials for your first adventure!