How to regain the trust of a scared rabbit

Read til’ the end for a happy ending! 🙂

Many young and inexperienced owners like me would not hesitate to pick up their bunny and put them on their lap or stomach so that they could stroke their little one, like how you would cuddle a baby. However, owners do not realize that picking up their rabbit would only cause them great fear, for rabbits are prey animals.

When Whiskers first came to our home, I would try to pick her up and put her on my lap so that I could cuddle her like a baby. I used to think that doing so would let her get used to me but it only made her more scared of me. Back then, I didn’t quite like the idea of letting an animal roam freely around the house since I was afraid they would go missing or ingest things that they shouldn’t eat. Plus, I liked the feeling of putting her on my lap to feel her affection and getting fur all over my clothes. Even though I let her roam freely sometimes, she would not leave the cage until I am out of her sight because she feared me for grabbing her from the cage every time I played with her. And when she does, she will hide in a dark corner and remain there until she feels like going back to the cage.

Sometimes, I would put her on a table or a very tall drawer so that she can pose for pics, and putting her high up would confine her to a small area since I wasn’t that fond of letting an animal roam freely, but doing so would only make her feel stressed out because being put in high places would simulate the experience of being too far above the ground that predators can see them.

Rabbits do not like to be picked up since they are ground-based animals and the higher above the ground they are, the more stressed they will feel.

Reasons for their behaviors

In the wild, rabbits will stay as close to the ground as possible or even better for them, dig a hole underground and hide there. A rabbit that is higher and further away from the ground will be exposed to predators like eagles or vultures. Being low on the ground would lower their chances of being spotted by airborne predators while being at higher altitudes would make them easily visible to their predators and more likely to get eaten. This is why these lagomorphs need to be left on the ground as much as possible, as they feel more sheltered when they are not being picked up

Like their wild counterparts, domesticated rabbits will feel uncomfortable with being picked up. Whenever an owner picks them up, it will remind them of being abducted by an eagle or vulture in the wild (Not saying that your bun has been captured by predators before, but picking them up will simulate that experience of being abducted by a predator if they were in the wild).

Back then, I didn’t understand why she would be so scared of me. I thought she was just scared of humans, only to realize she was just scared of me. As she got older, Whiskers became more rebellious and difficult to control. Picking her up got even harder now that she became more defensive. She would refuse to eat from my hand and even bit me once because she thought that I was going to grab her out of the cage.

I want to bond with my bun, the RIGHT WAY

Tired of being feared by my little furry one, I went to research on ways to gain back her trust, to no avail. Then one day, I came across a reddit post by this bun owner who also had a similar situation to mine. He said that his bun became scared of him ever since he grabbed her and doesn’t know how to win her trust back. He also shared that he didn’t trust the experts’ articles either because he has Asperger’s.

Then, I was enlightened by one commenter on that reddit post. According to that comment, one must sit near their rabbit while occupying themselves with their phone, book, TV or Nintendo Switch for a few days, while still attending to the rabbit’s basic needs such as replenishing their hay, cleaning their cage, etc. After the rabbit is used to your presence, you can try hand-feeding it to see if it’s comfortable being near you.

So I decided to try this out. I started by sitting near her cage while using my phone or playing with my switch lite so that she gets used to me being around. After a few days, I tried feeding her dandelion delights, her favorite snack by hand. This time, she ate it from me without fear. She took a few more pieces before getting head strokes from me. I was thrilled!

Ever since that day, Whiskers isn’t scared of me anymore. Now, she likes to follow me around whenever she is on the loose. She would crave snacks from me especially if I whip out a piece of heart-shaped carrot/apple dill (she used to refuse eating from my hand before this). Unlike before, I would not pick her up, knowing that she needs to have the freedom to explore the house by running around to get some exercise. I also do not put her on surfaces above the ground knowing that she doesn’t like it, but she will still climb onto the sofa herself just to be near me when I sit on the sofa.

So if you ever need to win back your rabbit’s trust after grabbing them, just do what I did, and in just a few days they will like you back. Just remember not to grab them again and let them roam around the house freely for more exercise! 🙂 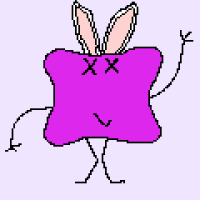 Michelle is the proud owner of Whiskers the Holland Lop and Miku the Pomapoo. Follow @whiskers_hollandlop on Instagram and Miku and Whiskers on twitter to see more of their mischief! https://twitter.com/hl_and_pp

5 Effective Tips to Train your Dog