Is laser pointer bad for dogs?

Everyone loves laser pointers. Although cats are obviously more well known to chase the red dot, many dogs, depending on their breed and personality, also find lasers amusing.

Dogs and Cats love chasing lasers because they move. The movement stimulates their inner predator. Dogs, in particular, have very light-sensitive eyes, which explains their acuity.

Is laser pointer bad for dogs?

IN MY OPINION, there’s no Yes and No answer because It really depends on your dog’s breed and personality. It also depends on your approach. So I guess if you want to play it safe, you can safely assume that it’s bad for your dogs.

So why is everyone saying that laser pointer is bad for dogs?

It is not because is bad for their eyes, but many people believe and claims that a game of laser pointer chase can be very frustrating for a dog and can lead to behavioural problems; which is lack of proof.

So the way you play with laser pointer triggers a dog’s prey drive, which means they want to chase it. It’s an unending game with “no closure” for the dog since they can’t ever catch that beam of light, like they can when chasing a toy or food.

Some dogs will continue looking for the light beam after the laser pointer has been put away; this is confusing for your dog because the prey has simply disappeared. This can create obsessive compulsive behaviours like frantically looking around for the light, staring at the last location they saw the light, and becoming reactive to flashes of light (such as your watch face catching the sunlight and reflecting on the wall, or the glare of your tablet screen on the floor). Dogs that exhibit behavioural issues are frustrated, confused, and anxious.

So if laser pointers might have a negative outcome, why do I still use laser toys to play with Kobe occasionally?

When I turn on the laser, MY dog’s hunter instinct is aroused, urging him to run after the light. This keeps him active, healthy, and engaged — a good thing, especially when on days when I am too busy or tired to walk him.

As dog dad, I am totally responsible for the health and wellness of my dogs.

My Kobe have never display any sort of franticness when the light disappear (Yes I know my Kobe better than you do. And if he is distress, I’ll be the first to know), he simply knows that its the end of the game, and goes back to his place to take a nap.

Even so I do believe that most claims have some truth in it, so you can either avoid it to save you tons of worry and paranoia, or when you turn on the laser pointer next time.

One thing I do is leading Kobe to a toy or even a treat. Sometimes I do hide treats in corners or hidden spaces and land the red dot on the goodies so he found something great, which boost his confidence level too.

This way, you’re exercising and rewarding your dog at the same time. It can also help provide some “closure” to the chase.

The main reason why I love the laser pointer for Kobe is to give them some much needed and well-deserved exercise when I don’t have enough time or too tired to walk him.

Most dogs don’t like to stay at home, by themselves for long periods of time. Laser games can help them to focus their attention in a non-damaging or disruptive way and keep them stimulated and moving.

Pet obesity continues to be a problem and it’s growing. Continued and various forms of activity, including games with lasers and other popular pet toys, keep your dog fit and moving. 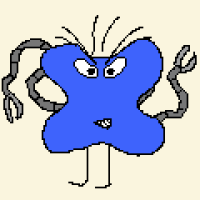 The Day I Euthanised My Dog

Adoption, Dogs, Stories From the CommunityOctober 8, 2020