Poop, blood and lots of heartache: Our experience with gastroenteritis

Being a first-time dog owner, I was relatively lucky that Coffee had no major health issues for the first few years of her life. I always knew she had a weak stomach and had her fair share of vet visits, but nothing prepared me (and my wallet) for the multiple bouts of gastroenteritis that happened last year in 2019. I’m sharing my personal experience in hopes that you can avoid some of the mistakes that I made.

The first time it happened was on 27 Feb 2019, and it started with some diarrhoea earlier in the day. I did not think much about it at first because she occasionally had loose stools that resolved on their own. However, I knew something was wrong when she started vomiting and there was even blood in the diarrhoea. By the time I realised it was an emergency, her usual vet clinic was already closed. In my panic, I searched for vets nearby and found one that was open until 11pm. We rushed her there and disappointingly, the vet barely examined her (red flag!!), explained some possibilities and sent us off with metronidazole. Our bill easily came up to over $250 that night, which leads me to my point number 1:

1. Please research and have a list of vets for different situations! Your usual vet may not always be open when you need them, so be prepared with a list of good vet clinics you can go to for emergencies late at night/on public holidays etc. If I had a choice, I would not have gone to that vet that day.

We were then told to give her a bland diet and would likely still see blood in her diarrhoea for the next few days. She was still lively and had her good appetite then.

With the antibiotics she was taking, we thought she would get better but it took a turn for the worse. She continued to vomit and diarrhoea day and night and by 1 Mar, she had stopped wanting to eat or drink anything. I was working full time then, and the lack of sleep and stress was really building up. Luckily, I managed to squeeze in an appointment with her usual vet and I’m glad we went back to her usual vet for a second opinion.

2. Trust your gut instincts and if you feel like something is not right, you should see the vet immediately.

They examined her thoroughly (the vet even stuck her finger up Coffee’s butt to feel for any abnormalities), gave her injections and more medicine. Surprisingly, the total bill was only about $159 despite having more medicine. She eventually recovered and we thought that was the last of it.

The second and worst

In hindsight, we should have learnt from that experience and tried to be more prepared. We only learnt our lesson when disaster struck on a public holiday – 19 April 2019. Most vet clinics we knew of were closed, so we had to go to one of the few that were open and it was really far away. As usual, they gave her some injections as well as metronidazole and other anti-diarrhoea medicine. The vet had also suggested that we can hospitalise her so that they can keep an eye on her condition. Thinking that it was similar to the previous episode, I assumed she would recover and so I declined and brought her home. It was another bad decision because when she got home, the frequency of vomiting increased and there was even more blood.

I was so heartbroken seeing her in so much pain that I knew I had to bring her back despite the cost. She was later hospitalized that night, put on the IV drip to ensure she was hydrated. By the time I got home, it was almost 1am and I hardly slept that night because I was so worried. It was a relief to find out the next day that she was recovering and was ready to be discharged.

Her blood test results showed nothing out of the ordinary and they ruled out pancreatitis as well so they suspected it was food sensitivity or gastroenteritis. The total bill burned a big hole in my wallet as it eventually came up to around $1500 and this leads me to point 3:

3. Always have an emergency fund for your pets. You’ll never know when you will need it and emergency vet bills can really add up. You may also consider pet insurance.

The third and fourth time

To cut the story short, it happened again 2 more times in Oct and Nov 2019. It always started with the same symptoms and progressed to something serious and we had to rush to yet another clinic recommended by her usual vet for emergencies. We did a lot of blood tests, x-ray and even tested her stool samples, which is important for pets having diarrhoea.

4. Whenever possible, save a fresh stool sample (best to be within 1 hour) so the clinic can test for certain bacteria/parasites.

Unfortunately, all the tests came back negative and we never really knew the cause of all this. It is frustrating because it feels like we are up against an invisible enemy. However, at least I can take comfort in the fact that I am a little more prepared the next time it strikes. This whole episode was traumatic for my family and Coffee but we have emerged much stronger through this. Do comment and share your experiences too so that it may one day help anyone going through the same thing (although I pray you never have to!). 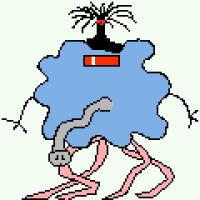 Coffee is a cream coloured maltipoo born on 15 November 2013 in sunny Singapore. She loves belly rubs, lounging on her sofa most of the day, and has an intense phobia of flies. Although she's not young anymore, she's still very much a puppy at heart!

Join us on our journey as we share more about our experiences over the years! :)