I will be sharing with everyone the whole story of how Rico was lost and found, and some measures to take if (touch wood) any of you experience it in the future.

It was just an ordinary day when I was off from work, doing my own things, running errands and catching up my life. I still can remember how Rico greets me when i am back from the errands which was around 5.15pm. After a while around 5.30pm, my grandpa came back home and I also went to my nanny’s house for a chit chat, which was just one floor below mine. I just close the gate door without locking it. Now, the house is left with my grandparents.

“Panic starts to creep in…”

About 6.35pm, I came back home and that was when the panic started to creep in. I felt utterly quiet and Rico did not come forward to greet me at the door. I asked my grandparents and they thought I brought Rico out with me the whole time. I tried to find Rico around the house but to no avail.

Ignoring my grandparents’ nagging, I started off searching the corridor. I was still in disbelieved at the moment, my heart raced very fast. Realizing that Rico was really lost, I went into panic mode frantically searching for her high and low at my housing block. I walked aimlessly to each floor and every unit hoping I could find her. To my dismay, none.

By this time, my aunt had come back home from work and knew about Rico. We soon start to search around the void decks, carparks, parks and places that usually Rico will go to. But, none.

We then went back home, trying to cool down and think of what exactly had happened and ways to find her. We had different views such as:

It was so hard to figure out exactly what had happened. My grandparents were not very sure about a lot of things and they also did not really pay attention during that timing. Plus, our neighbours would usually come and play with Rico whenever they passed by as Rico is very friendly to humans.

Soon my parents came to help for the search and we also asked for CCTV footage from our neighbor. The CCTV footage only managed to record a woman wearing dark clothing; carried many things, passing by at 5.53pm. This was when we suspected that it might be the same woman that my grandma mentioned and she might have carried away Rico while the door was not locked. We decided to report to the police, hoping police could help retrieve CCTV footage around the block and lifts to see any traces of Rico.

7.30pm at the police station: we gave whatever information we have. However, they cannot investigate as we were lack of information and some do not tally with one another’s views. “What is the timing that your grandma saw the person come and play with Rico?” “Is Rico still around at 5.15-5.30pm before you went to your nanny’s house? Your grandpa said didn’t saw her but you remember she was at home. So which one?” My mind went blank and speechless. The only action they could do was to take note of a lost dog and lookout if any of the public came to return Rico. They suggested to contact AVS and SPCA (which I also knew).

As I was back home disappointed, I call both AVS and SPCA but sadly SPCA was closed for the day. It was then that I decided to inform my friends and asked them to spread and share on social media. My parents will then settle the posters however it can only be done the next day.

With the help of my neighbours, we went searching for Rico again at my housing block. Hoping to attract Rico’s attention this time, we called out her name and using toy. We believed that Rico might be still somewhere in my housing block, maybe one of the units as she do not really know how to climb up/down the stairs. Rico will also get tired out easily, she would not run that far unless it was really carried away by someone else.

Along the way, we got some insights such as a unit at the 11th floor saw Rico running across their corridor, someone saw Rico-lookalike at the minimart. We also met some helpful neighbours who came to help a little. But still, none again.

Soon around 9.45pm, my friends specifically came down all the way to help me out. Taking over my neighbour, we continue searching my housing block. Despite knowing that Rico would not bark when outside, we still try all possible means to catch her attention. My friends also help to deal with the social media sides at the same time and give me suggestions such as animal communication (AC) etc. However, AC was busy at the moment, could not attend Rico’s case.

As time passed by, we felt the urge to get the posters up asap. My friend helped to draft out a few posters to paste near my area so that at least someone would be aware of it. Only by 10.45pm, we then started to put up the posters.

11.20pm: posters were up but still no sign of Rico. We could not continue the search as it was quite late and we afraid that we might disturb the neighbours. My friends all went back, I still did not gave up and just walking around the neighbourhood in hope for Rico.

“Worst day of the life…”

12.20am: came back empty-handed, disappointment, lost. It was the worst day of my life. I did not expect such things to happen on me. A lot of thoughts running through my head now. “Where is Rico exactly?” “Why you suddenly so daring to run away?” “Are you in a safe place now?” “Have you eaten or drink anything?” “Did someone really carried you away?” All I could do was just to pray and hoping Rico could come back home soon. I even placed toys outside the corridor so that Rico can smell her way back home.

2.30am: I was settling the social medias. Seeing everyone trying to help me find Rico and all the prayers from them really warms me. I was touched that so many friends and even strangers were helping me.

4.15am: I was still wide awake, crying. I switched off my silent mode, waiting for any calls or messages to inform me Rico was with them. I even dreamt that I have found Rico.

7.30am: It was raining, I got really worried. Why does it have to rain today! My aunt went out early to search for Rico again. But still no sign.

8.30am: I was fully awake and have taken urgent leave for work. Still, there were no calls and messages. I prayed that the rain could quickly stop but it rain even heavier. The weather was cold, I am afraid that Rico was out without any shelter.

10.30am: Still no calls or messages, I assumed many had not gone out and saw the posters as the weather that day was too good to sleep in. Finally, a full stack of posters was ready to put up. I have told my parents to paste the posters around the neighbourhood while my friends and I would go door-to-door knot in my housing block.

11.30am: My friends and I started the door-to-door knock. Since my block was in a L-Shaped, I decided to start off with the top floor (12th) on right side of the block which the unit had last seen Rico running across their corridor.

11.50am: When we were about to go to our 3rd unit of door-to-door knock, I heard my friend gasped loudly. “Is that Rico?!” Shockingly asked me. I immediately went forward and I SAW RICO! She was sitting near the door. WE FINALLY FOUND RICO!!! We were so overjoyed that my friend even cried. Rico saw us too, but she just happily wagging her tail away. I approached the uncle in that unit and he was glad that Rico was found too.

Luckily, the uncle saw Rico loitering outside his corridor and brought her in as he was worried about Rico’s safety. The uncle tried to find the owner but Rico did not wear any collar tag and the posters were not put up yet. I also recalled that we have gone to that unit previously but the door was closed, hence unable to see that Rico was in that unit. Thankfully all this while, Rico was in good hands. She got a proper shelter, the uncle cooked her a good meal (better than mine), he even accompanied Rico to sleep in his living room. In summary, Rico was enjoying while everyone was panicking searching for her. 😆

12.15pm: Rico finally got back home safely, everyone was elated. I was really really relieved that I can reunited with Rico again. Gave the uncle a small token of appreciation and here is his return:

We are so fortunate and bless to have met such a kind soul. Without the help from the uncle, we could not imagine how Rico would be like. I am also glad that we are able to make new friends.

From this incident, here are a few points to take note:

At last, everything was back to normal, Rico was still her usual self. In fact, I am actually wondering does she even know that she got lost? It is still a mystery how did Rico run out from my house which is on 6th floor of the left side of the block, and ended up on 12th floor of the right side of my block. By the lifts? Or did she really climb up the stairs? No one knows, only Rico does… 🤔 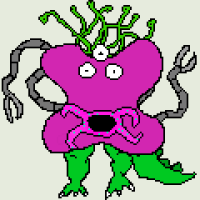 Hi,I am Rico! I really loves to eat and food is very important. I am very friendly towards humans until anyone can be my owner! My human loves to share stories and tips to everyone.

Everything You Need to Know About Guinea Pigs in Singapore — Part 2/6: Bedding (1 Fleece)