What are Singapore Specials like and are they right for you

Every person getting a new dog, be it first-time or experienced dog owners, would arrive at this question at some point during their decision-making process: What breed of dog should I get? There are the usual pedigree breeds that have been labelled as “family-friendly” like our adorable Golden Retrievers and “easy to train” Maltipoo cross-breeds which we have crossed paths with during one of our evening leisure walks. However, when one considers between adoption and getting their new furkid from a known breeder, a major deterrent against opting for adoption is the lack of information on the temperaments of Singapore Specials (SS) (our affectionate name for our kampong dogs, also known to many as “mongrels”, “mixed-breeds” or “strays”).

As a first-time owner, I too hesitated on adopting a dog because I simply did not know much about SS. It seemed like an easier option to buy a pedigree dog whose temperaments, quirks, prey drive, receptivity to training was already analysed and readily available on the Internet. On the other hand, searching up “Singapore Specials/mongrels” on Google left me with few to no results about the things to expect from owning an SS. Thus, I finally decided to write about my experiences with owning an SS and behaviours characteristic to SS in hopes that this article will raise more awareness about our beloved local dogs and many potential owners will consider adopting a Special as their future companion, and best friend.

Before diving into the particularities of Singapore Specials, I felt that I should introduce myself first so you could put a name and face to this article. I’m Sabrina and this is my best friend, and “grandchild” (according to my parents), Kyla.

Kyla is nearly 7 months old and my family had adopted her from Mercylight in July 2020. While I am currently abroad for my undergraduate studies, I had spent most of my days in Singapore prior to my departure caring for Kyla and thus I will be sharing my experiences from that period (currently, my family is caring for her and I receive regular updates on her growth).  In the process of writing this article, I had also spoken to other SS owners to compare my experiences with them so as to give a more accurate representation of SS as a “breed”. Of course, given that SS were never specially bred for any purpose as was the case for many pedigree dogs, their personalities may differ from what I write so that should be kept in mind when you read my article.

So without further ado, what are Singapore Specials like?

Past experiences can mean fearfulness and skittishness

While some SS may have been rescued when they were only a few days old, many others are often introduced to shelter life and exposure to humans after months or years of roaming and scavenging for food. Having spent their entire lives hiding from humans and sleeping near construction sites or fields, this means that they have never experienced living with humans in apartments, eating from bowls, being touched nor walking on leash. Naturally, SS which have not socialised properly are more fearful and resistant to a change in the environment. While I was fortunate enough to have adopted Kyla when she was still very young and thus could socialise her to new environments fairly easily, many other SS owners have to restart the socialisation process. This usually implies slowly introducing “unnatural” elements to them, even the smallest things like the TV or rooms in the house. One SS owner had shared with me that her SS was still very skittish even after four months of being with her family and had stayed in the same room for almost two months. It takes constant repetition, exposure to the same environments over and over again for Specials to recognise that these spaces are safe. Adopting an SS means harnessing that mountain of patience to go slow, and to reassure them that humans, other dogs and even their reflection in the food bowl is nothing to be afraid of.

Be prepared for a high prey-driven dog

See that rat that just ran past the pavement? The flock of birds minding their business on the grass patch next to you? You better hold your leash tight. Singapore Specials are your diamonds in the rough when you consider them as hunting dogs. Over decades of surviving on their own, they have acquired an acute sense of smell and sight valuable for sourcing out food. It is in their nature to hunt down birds and other small animals. Even Kyla, who never had to scour for food on the streets, was very attracted to rats and birds that she spotted on our walks. She would whine and tug very strongly on the leash when we prevented her from going closer to the rat hidden in the grass. On one walk, Kyla had found a dead flattened rat on our road and picked it up like it was a precious chew (and you can guess who had to forcefully take the rat from her). The point is, expect that SS have a high prey drive and if you ever thought of letting that rabbit next door be her new best friend, you should probably think twice.

Reactivity and the importance of training

A similar point to how past experiences have shaped the personalities of Singapore Specials, another common characteristic to note is that SS have the tendency to be more reactive and sensitive to new people and dogs. In defining “reactivity”, I refer to behaviours such as growling, barking, and defensive stances. While Kyla is more sensitive towards people (barking) and very playful around other dogs, other SS I have met are reactive to the latter and easy-going with people. Then again, there are some Specials that are friendly to all and have no problems with interactions, so it may not be set in their personalities after all. Nevertheless, given the fact that they are generally more fearful and skittish, it would be a good idea to invest time into obedience training sessions to learn to manage their reactivity and to desensitise them to new environments. Group training sessions are useful as they allow you to practice managing SS around other dogs-in-training which provides a controlled environment for correcting their reactive behaviours.

Singapore Specials are very intelligent. Period. Their resilience cultivated from their survival instincts ultimately means that they are determined to crack that puzzle to obtain that bonus treat. It took Kyla approximately a month to figure out how to push the baby gate open to let herself up to the second and third floors of our house, and she was able to recognise her reflection in the mirror in our living room after one house visit (back when we were still in the process of adopting her). However, because SS are able to solve challenges fairly quickly, it is also important to engage them intellectually to ensure that they exercise their mental capacities. This may mean making them work for treats and spending some time engaging in challenging play (personally, I play hide and seek with Kyla to do so).

Last but not the least, SS are your residential guard dogs. Their sensitivity to new environments is also a valuable asset that can be harnessed. Perhaps it is the fact that they are eternally grateful to you for giving them a furever home and a lifetime supply of tasty treats, but Specials will reward you with their unwavering loyalty after they gain trust in you. One day, I was waiting at the void deck for my family to buy dinner with Kyla. She laid down 1m in front of me and was calm when people walked past us and went about their day. However, when one man had approached me to ask about her, Kyla immediately stood up and barked at him, always putting herself between me and the man. This was when I had realised that Kyla’s barking was due to the fact that she primarily wanted to protect and not to display dominance and aggression. You can therefore say that SS are amazing guard dogs, and their alleged “hostility” should not be taken for aggression but their strong loyalty to their owners.

If you have read till this point, thank you for your support and I sincerely hope this article has helped one or two potential dog owners to make an informed decision regarding their new family member. All I wish for is that this article sheds more light on the temperaments of Singapore Specials so that we remove the stigma regarding stray dogs and that many may consider adopting an SS now with better information on what raising an SS is like. 🙂

Many thanks to those who have helped contribute to this article in one way or another! 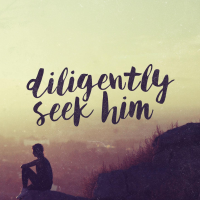 Hi, I'm Sabrina and this is my best friend, Kyla Blessing. Kyla is currently 7 months old and a Singapore Special adopted from Mercylight Shelter when she was 3 months old.

Kyla was born on 29 March 2020 on a small grass patch where she was found by rescuers. She was taken in but unfortunately contracted the fatal Parvovirus shortly after. Kyla eventually recovered from Parvovirus and was subsequently put up for adoption by Mercylight.

Today, Kyla is your residential lazy dog that takes naps in empty rooms, hides under the table when the aircon servicing uncle comes and the magician who suddenly gets hungry when you have food in your hands – even after having eaten a full bowl of food.

Check out these Handcrafted Pet Accessories – From Leashes, Bows and Bandanas!